Christians Executed for Not Knowing Quran

Islamic State (ISIS/ISIL) jihadists, in the most recent edition of their propaganda magazine Rumiyah, have reportedly released “unseen” pictures of “belligerent Christians” executed by the jihadist group in the Philippines.

“The soldiers of the Khilafah in East Asia stormed the city of Marawi in the southern Philippines on the island of Mindanao, chased out the local police and the military, and raised the banner of the Islamic State,” the jihadists wrote in the latest issue of Rumiyah,  titled “The Jihad in East Asia.”

The new issue focuses on ISIS’s ongoing operations in the Christian-majority nation of the Philippines, where the terrorist group has been clashing with government forces, particularly in the country’s only “Islamic city” of Marawi.

In late May, Filipino jihadist groups loyal to ISIS, Abu Sayyaf and the Maute fighters, captured the city, and the government forces have been trying to liberate the Marawi since.

ISIS is trying to establish a caliphate in the city, burning cathedrals, taking Christian hostages, and killing civilians who were unable to quote scripture from the Quran.

In Rumiyah, the leader of ISIS’s East Asia branch incites Muslims to “teach the Crusaders that zero hour has arrived.”

“Our meeting will be at Washington and Moscow,” writes Rita Katz, the director of the SITE Intelligence Group that tracks jihadi groups online via Twitter: @Rita_Katz 1)Breaking: #ISIS releases issue 10 of # Rumiyah mag, focuses on ops in #Philippines, incite against #Iran, named 3 #LondonBridge attackers @Rita_Katz  2) #ISIS‘ #EastAsia leader incites Muslims to “teach the Crusaders that zero hour has arrived…our meeting will be at #Washington & #Moscow” 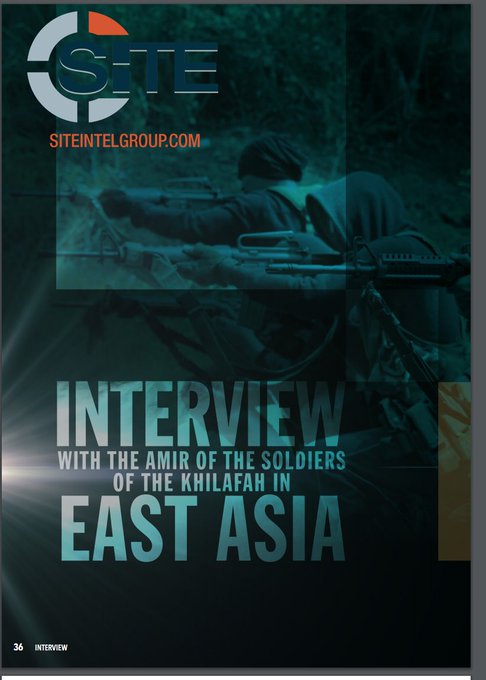 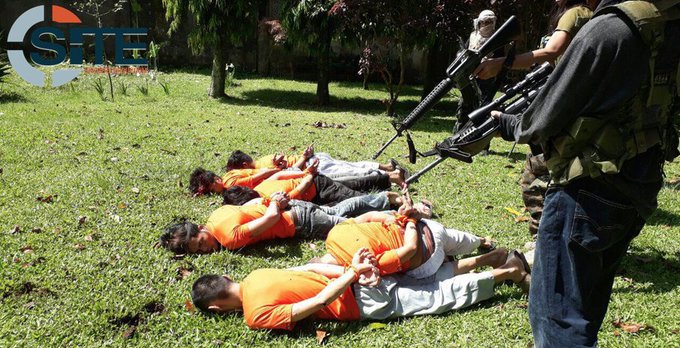 President of the Philippines Rodrigo Duterte has declared martial law in the southern Philippines, where Marawi is located.

“I am not ordering you to take an ordinary police action. I am ordering you to crush our enemy,” Duterte told his military. “When I say crush them, you have to destroy everything including lives.”

“I cannot stop my soldiers now. Let’s finish this war that you (IS) have started,” added the president. “The objective of ISIS is to kill and destroy, period. So I will destroy also and kill.”

ISIS released its latest issue of Rumiyah during Ramadan, considered the holiest month for Muslims and a time when Islamic extremists encourage martyrdom and jihad.

The jihadist group urged its followers to wage an “all out war” against noncombatants during the ongoing Muslim holy month of Ramadan, which began on May 27.

According to the latest Worldwide Threat Assessment by the Office of the Director of National Intelligence (ODNI) and the Pentagon’s Defense Intelligence Agency (DIA), homegrown terrorists pose one of the most significant threats against the United States, in addition to battle-hardened jihadists returning home from engaging in jihad alongside ISIS in the Middle East.

U.S. officials are not only concerned about Americans who have traveled to join ISIS, but also Europeans who are able to use their visas to easily enter the United States.

ISIS has already claimed responsibility for killing hundreds this Ramadan.