JERUSALEM – The Jewish people are grateful for Christian support to Israel, World Jewish Congress (WJC) President Ronald Lauder told a crowd of 3,000 Evangelical pilgrims from around the world in Jerusalem. Lauder spoke Sunday at a celebration held by the International Christian Embassy Jerusalem on the occasion of the Feast of Tabernacles, the largest tourist event in Israel which every year draws thousands of Christians from more than 100 countries. 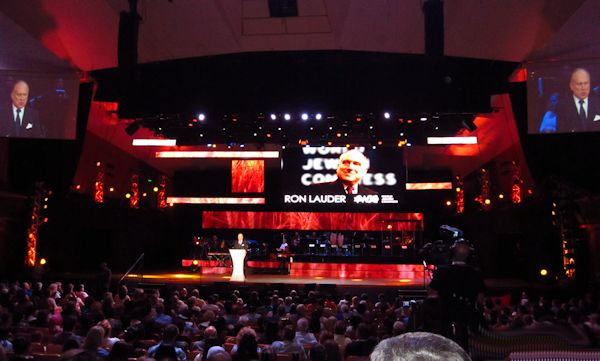 He lamented double standards in the international community toward Israel and said that Jews would not be silent when Christians are being persecuted, terrorized or murdered in the Arab world. 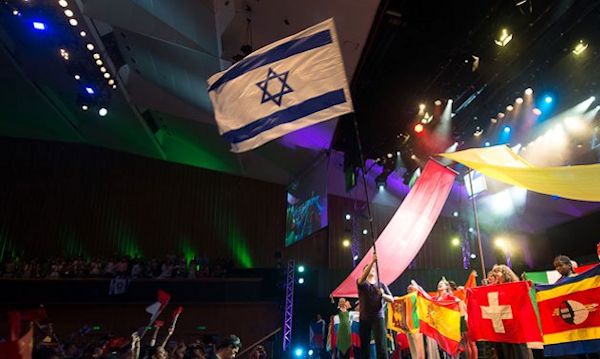 He then condemned international campaigns singling out Israel for unfair criticism: “How can you explain all the anger and hate heaped on Israel throughout the world? How can you explain the hundreds of resolutions in the United Nations against Israel and not a word about anyone else?

The WJC president went on to say: “We will walk down this path together. We will share in each other’s joys and each other’s trials. We will support each other and protect each other. Why? Because we all come from the same family, we all believe in the same book, in G-d and in the Ten Commandments, and in the Golden Rule. We all cherish our children, and we want to live in peace with our neighbors.”

As part of the event, Christian lawmakers from Argentina, Bolivia, the Czech Republic, Brazil, Canada, Italy, Macedonia, the Netherlands, Peru, Poland, Portugal, South Africa, Uruguay, Guatemala, the United Kingdom and the United States were hosted by the Israel Allies Foundation, the International Christian Embassy in Jerusalem and the WJC. The 25 parliamentarians and Congressmen endorsed Israel’s right to defend itself against existential threats such as those posed by Iran regime and by chemical weapons in Syria.

In a declaration the lawmakers called the boycott of Israeli persons and goods from the disputed territories in the West Bank and Jerusalem, which was recently endorsed by the European Union, “counterproductive” and said it was harmful to peace negotiations. In addition, they lent their support “to the government of Israel as acting within its rights and obligations to its citizens when it stands resolutely in defense of its sovereign territory.” The conference also endorsed Israel’s position that the Jerusalem should remain undivided. 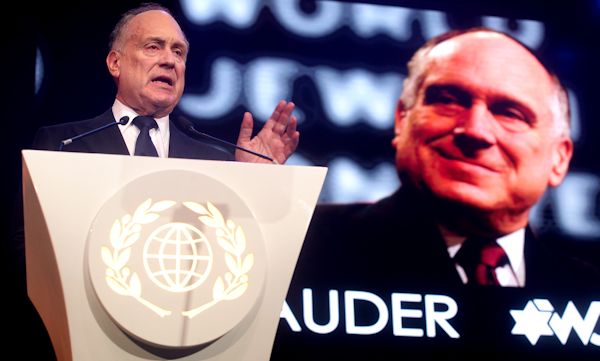 Ronald S. Lauder hailed the event as an important sign that Israel does not stand alone in the world: “This conference is ample proof that Israel has strong Christian allies in parliaments and governments around the world on which it can rely. The World Jewish Congress will continue to work on broadening this important coalition and increase cooperation with our Christian friends,” he said.

About the World Jewish Congress

About the Israel Allies Foundation

The Israel Allies Foundation (IAF) is dedicated to the purpose of promoting communication and information sharing between parliamentarians and legislators the world over who share a belief that the State of Israel has the right to exist in peace within secure borders. In 2006 in solidarity with the Knesset Christian allies Caucus, the US House of Representatives formed the Congressional Israel Allies Caucus as the basis for an international caucus network. Since then, additional caucuses have been formed in 22 governments worldwide.

About the International Christian Embassy Jerusalem

The International Christian Embassy Jerusalem (ICEJ) was founded in 1980 as an act of comfort and solidarity with Israel and the Jewish people in their claim to Jerusalem. Today, the ICEJ stands at the forefront of a growing mainstream movement of Christians worldwide who share a love and concern for Israel and an understanding of the Biblical significance of the modern ingathering of the Jews to the land of their forefathers.